I woke up this morning, and realised that I was eleven!  Once I got everybody up, it turned out that my mum and dad had got me a card, and Evan had drawn me a picture. At seven o’clock a mini-van pulled up outside and we all piled in to head to Cham Island, an hour off the Vietnamese coast, for my birthday diving adventure!

Once we were at the first dive site, as the dive shop wouldn’t bend the rules, Evan could only snorkel 8-(. But me and my mum went diving so everything was OK with me. Once we’d sunk down, we saw loads of fish, lion fish, clown fish with purple heads that swam up to your mask and weren’t afraid of you, and weird sea slugs that were so long and thin that they looked like snakes with tentacles for heads, just to name a few. Our max depth was 10 metres, as I could only go to 12 metres, but had been to 15 on a previous dive. The water wasn’t that warm (for Asia) and I had to wear two wetsuits. The visibility was about five metres, so you couldn’t see very far. It was an epic fifth open water dive. 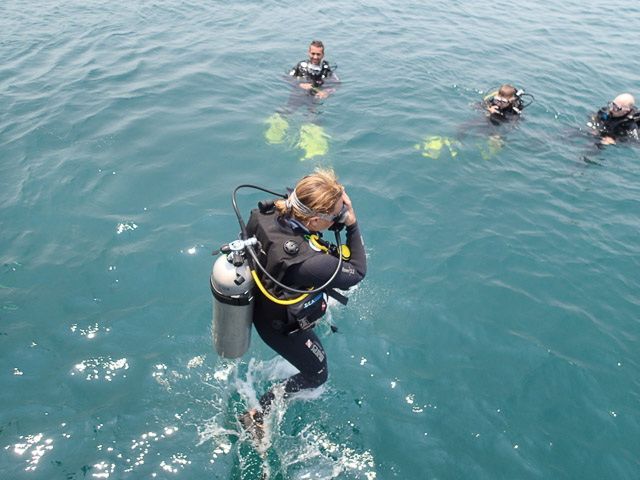 After that, we headed to the next dive site, where there were loads of loads of jelly fish things, that weren’t actually jelly fish, and were shaped like capital H’s. They didn’t sting, and were very weird. There I saw lizard fish, christmas tree worms and nudibranks. Evan again snorkelled, but the water here was a bit warmer and there was much more to see. On this dive we went to 12 metres. 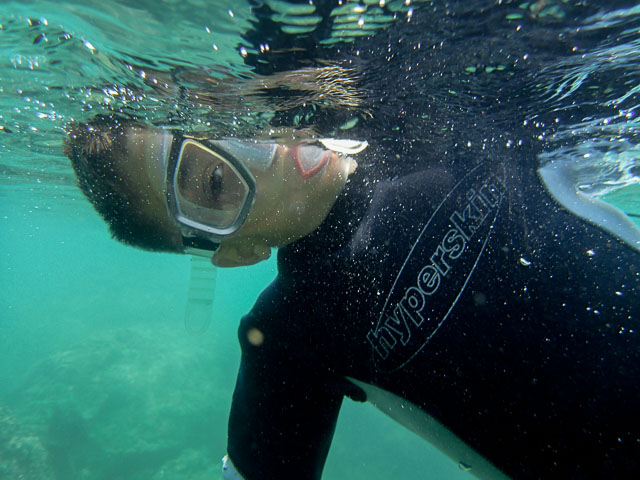 As the diving micro-adventure was finished, we headed to the beach on Cham Island. There, everybody got off the boat, had some lunch and chilled on the beach for an hour. After that, they all got back on the boat, but we got the beach to ourselves as we were camping on the beach. The only other people on the our beach, other than the people who ran the restaurant, were a lovely couple from Belgium. We got to spend two days on our own personal beach, swimming in the sea, exploring the cliffs, building sandcastles and generally mucking about. It was absolutely brilliant, we loved it, just being able to sit and chill and read a book. 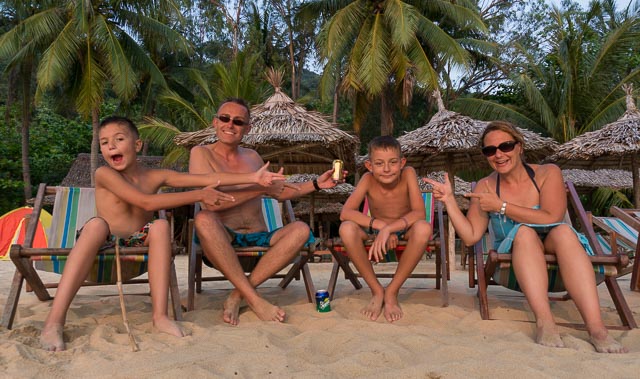 The next morning, as our beach was getting crowded with speed boats full of tourists, we decided to head to the main town. It took a sweaty hour under the blazing sun to get there, where we found a bay full of coracles. I’ve never seen anything like it. It was a mystery how the people managed to row them standing up, without going around in circles. After that we walked back in a puddle of our own sweat to see the boat dock next to the beach, and a tender chugged up to the beach to pick us up, and we set sail for Vietnam.

I think that this was the best birthday present that I’ve ever had. There are no contenders, and I loved every minute of it, and I’m sure that Evan did too.

Old lady in the town

Midday nap under his fishing nets

Drying the day’s catch in the sun

← Hoi An. Not at all like Hanoi.
Songkran in Bangkok. Is it safe for kids? →

There has been a problem with your Instagram Feed.