Orangutans are some of the most intelligent and large arboreal creatures on the planet. In fact, they are the biggest arboreal creatures on Earth. Did you know that orang means person and utan means jungle (in the language of Malay) so orangutans are literally the people of the jungle? And on the 14th of May 2016, Evan, my mum and dad and I saw semi-wild ones five metres away at Semenggoh Nature Reserve in Malaysia. They were absolutely gob smackingly epic! 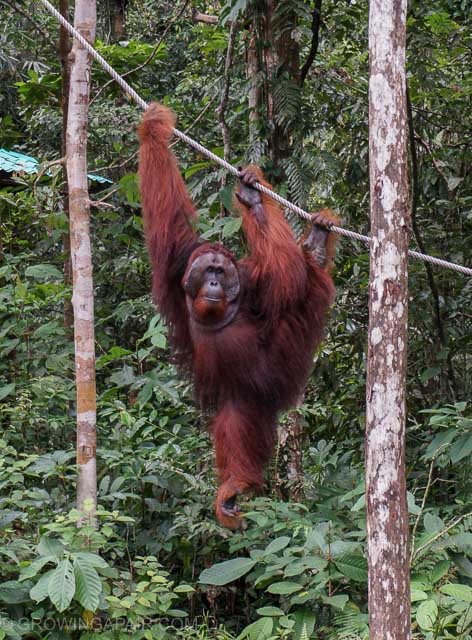 We were visiting Semenggoh Nature Reserve just outside Kuching in Malaysian Borneo. Semenggoh is mostly about orangutans. These huge tree dwelling creatures are amazing orange balls of strength and are one of my favourite animals still alive today. And here they thrive.

1. To rehabilitate wild animals who have been injured, orphaned in the wild or handicapped by prolonged captivity, with the objective of subsequently releasing them back to the wild.

2. To conduct research on wildlife and captive breeding programmes for endangered species.

3. To educate visitors and the general public about the importance of conservation. 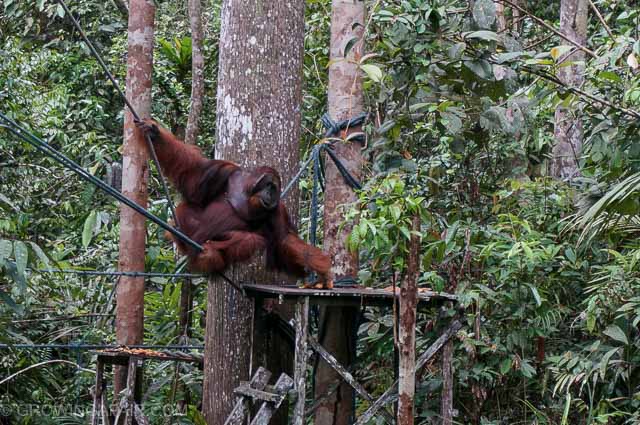 We saw three females and one male and all the females swung off when the male came. He was as big as a car. Well nearly, honest. And what’s even more amazing is that he wasn’t the biggest one there!! When he walked along the floor I thought a giant cat had coughed up a hair ball that was rolling towards us, until it grew arms and legs and started to bang a coconut on a tree for a drink. So after an hour we headed back to the bus feeling like the park deserved more than £1.50 per person. 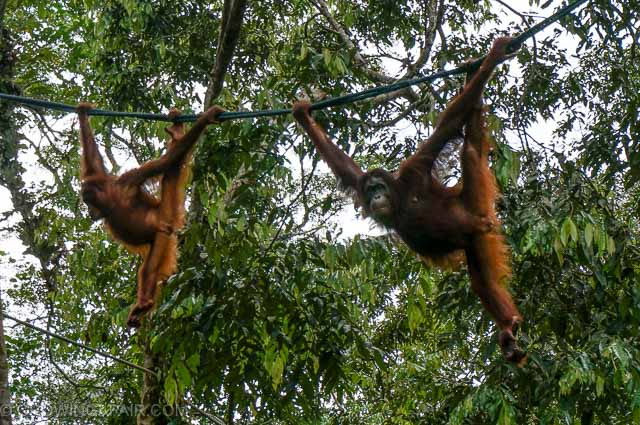 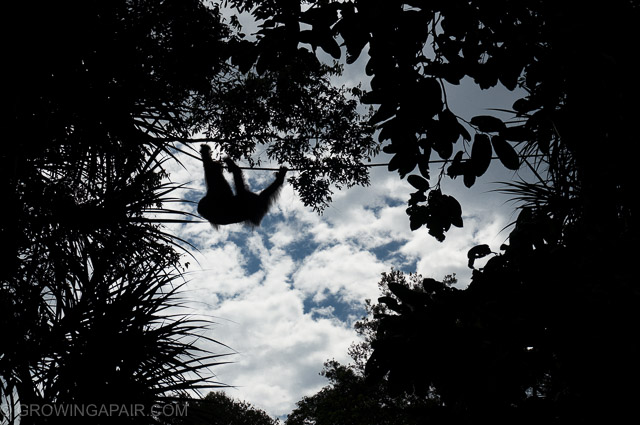