Let me say we got the best minibus for our family jungle kayaking trip. The other buses were beautifully air-conned and comfy. Ours, on the other hand, was probably made in the 1850’s.

So let’s get right in there onto the kayaks.  After half an hour of really easy paddling we pulled up at a tiny side river where we abandoned the boats and went on a five minute hike. We arrived at a midget waterfall, about two metres in height.  There was a pit at its foot that acted like a swimming pool full of dangerous boulders.  Then we clambered up to a ledge to let the water roll over our heads. 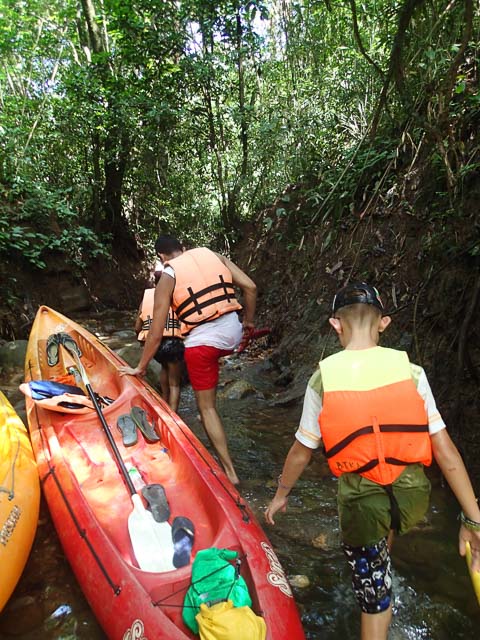 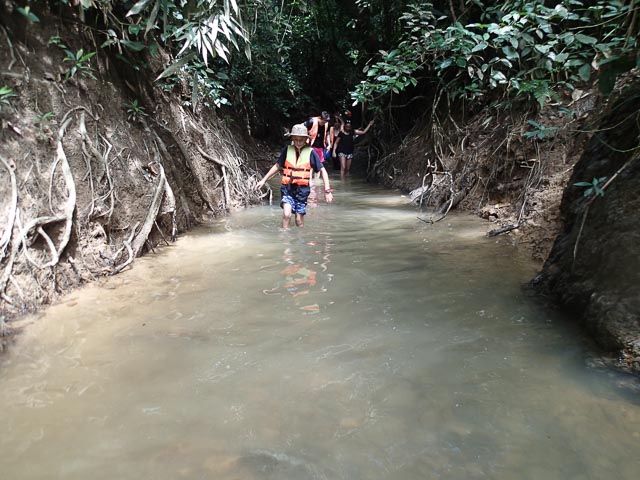 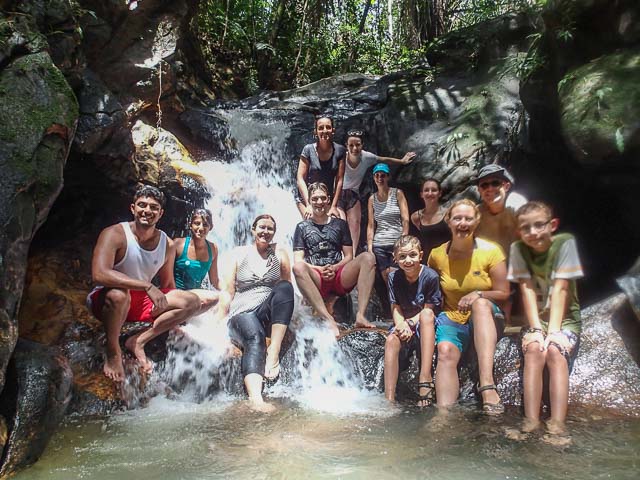 Back in the kayak’s we paddled through dense jungle with mountains soaring like birds of prey and artistic eroded limestone overhangs alongside the speeding river. 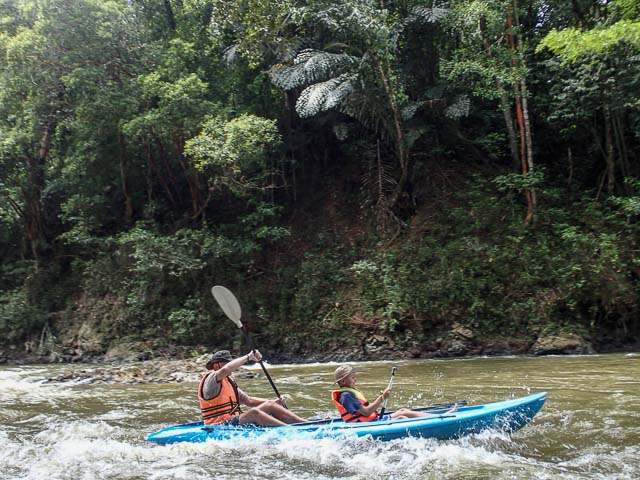 Next stop was a local village where we ate local food found a local cure to cancer and local bug spray with the locals.

After that, we did more kayaking though lime stone casts until eventually we pulled up at a beachy thing on the curve of the torrent. We swam for one hour under a single epic cliff.  The current was so strong that not even I, the strongest swimmer in our group, could swim against it. So back on the kayaks we discovered we were only 200m from the end of the adventure, as it started to rain.

Jungle kayaking in Borneo was really good.  We had lots of fun and met some funny people.  And I got to swim in a river! 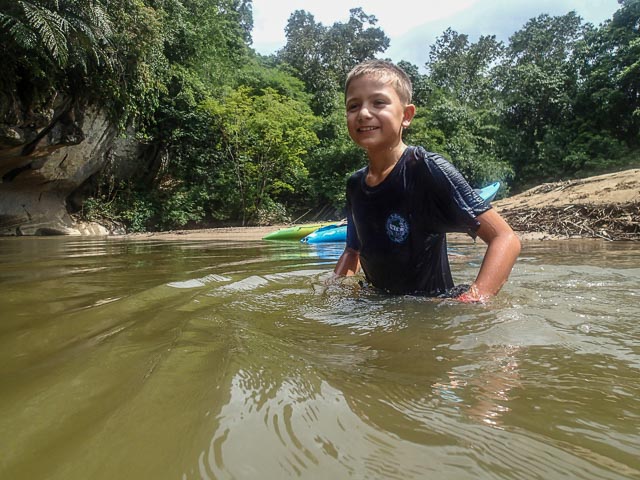 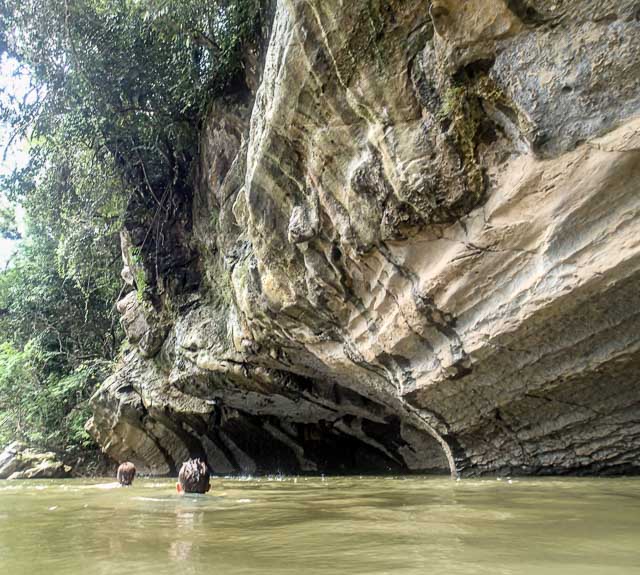 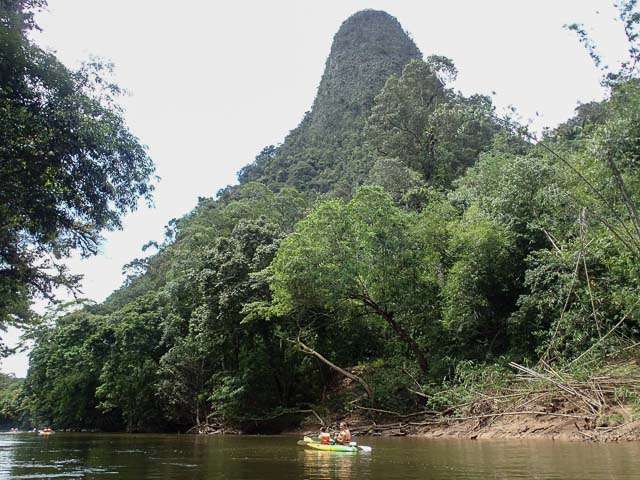 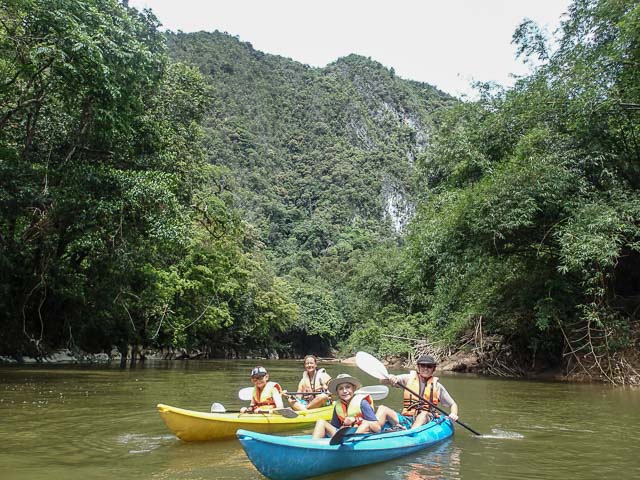 One Comment on “Family Jungle Kayaking in Borneo – Smug Monday 20”