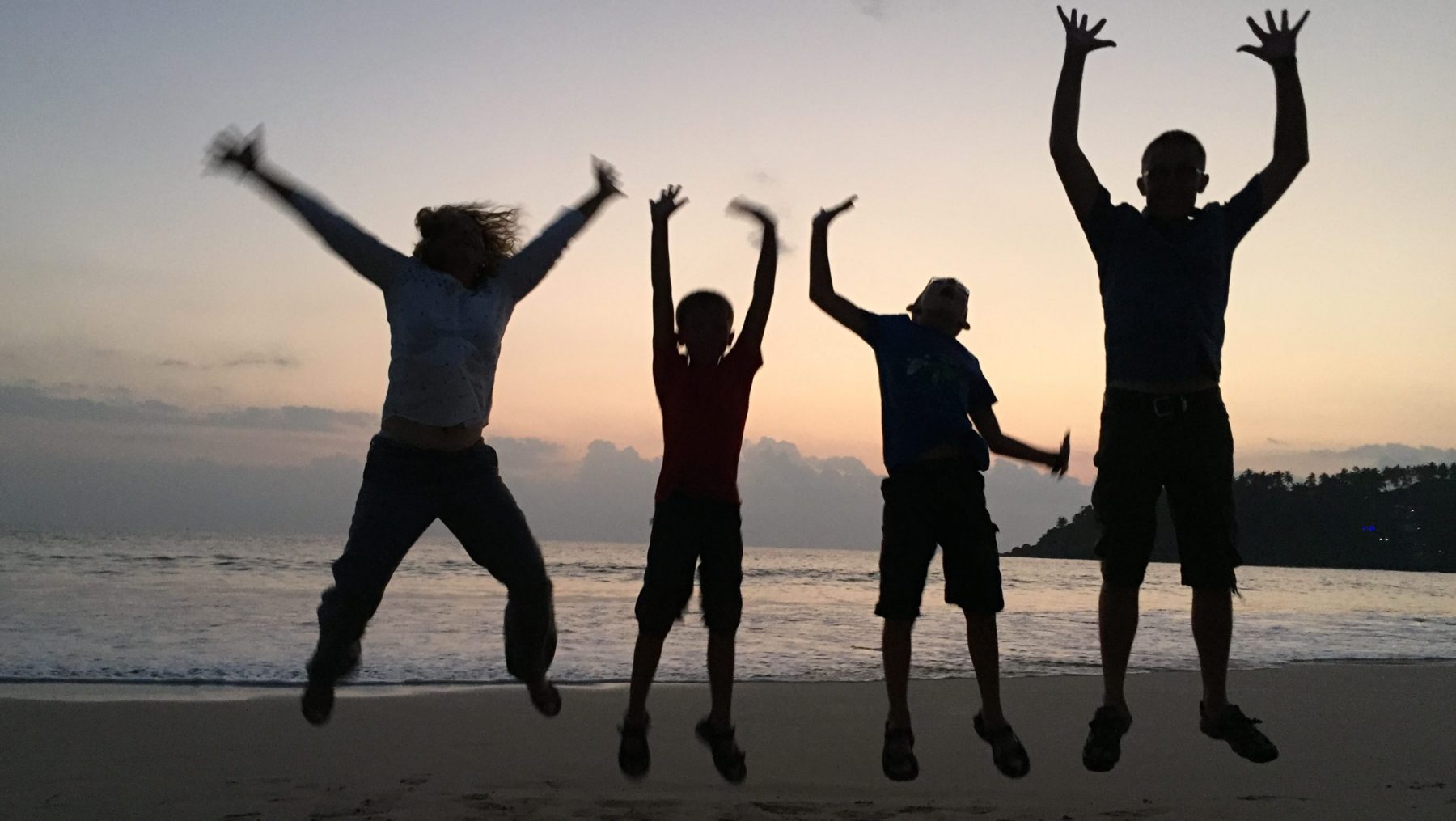 How our family adventures started…

Hello!  We are Floss, Dez, Sam (aged 17) and Evan (aged 15).  This is the story of our travels and adventures around the world, over land and sea with our kids.

The boys were 8 and 10 years old, we left our jobs and schools, rented out our house and spent a year backpacking around Asia and Australia.  We loved it and didn’t want the adventure to end.

So in July 2017, we bought a sailing boat and called her Fat Susan.  We couldn’t sail.  We knew nothing about sailing boats.  We had no idea how to fix up a boat to live on.  After an intense year of learning and fixing, we sailed out of Portsmouth, UK, on our new home, bound for the Caribbean and more adventures.  Almost four years later, we have explored 22 countries in three different continents by sea on Fat Susan.  We spent a year or so exploring French Polynesia during the COVID-19 pandemic, and now we are in New Zealand.

I’ll be honest, we’ve written very little on this blog about our sailing around the world adventure.  We’re just too busy having fun!  Lots of the content here is about our backpacking adventures and written for our family and friends.  Feel free to browse.  But for up to date info and stories about Fat Susan, follow our Facebook or Instagram pages.

Welcome to our Growing a Pair travel blog!

How it all started…

Floss has always wanted to travel and in 1995, she loaded her backpack and inter-railed her way around Europe for three months. No money, no plan, no worries.  That’s about as detailed as her planning got.  They say that opposites attract, and Dez is much more of a worry monkey.  It took several years, a massive spreadsheet and a three week backpacking practice in Spain before he was ready to see the world. 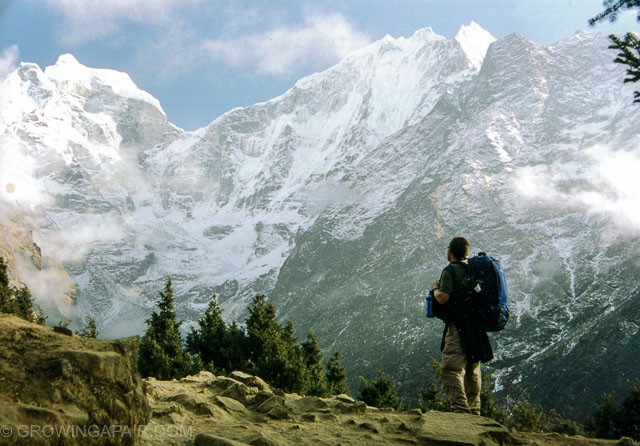 The Nepal Himalaya – trekking toward Everest Base Camp

But he got there eventually and, in 2003, we spent an amazing and unforgettable year backpacking around the world.  We hiked up Himalayan mountains, visited iconic buildings and dived on beautiful coral reefs.  We saw the Taj Mahal, Macchu Picchu and Angkor Wat.  We experienced the Galapagos at sunrise, Uluru at sunset, and the Franz Joseph glacier in the depths of winter. 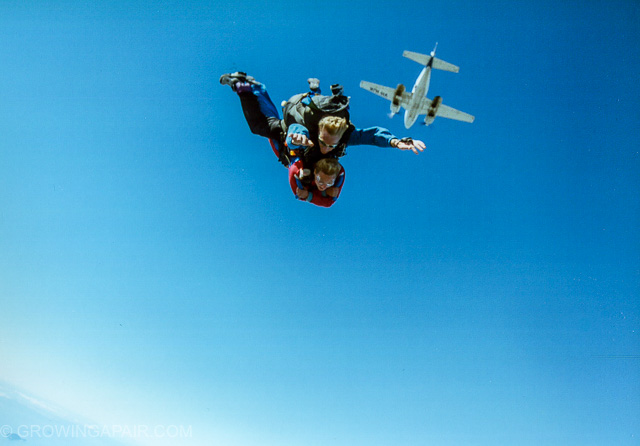 Floss jumping out of a perfectly good plane in Australia

After a full year of excitement, the money was spent and we returned home to Hampshire, UK.  We got busy buying a bigger house, having a family and dreaming of the time when we could do it all again. 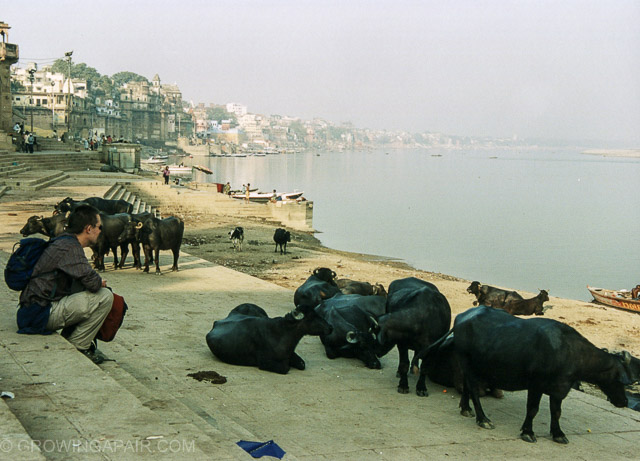 Varanasi, India. Chilling out with the cows. 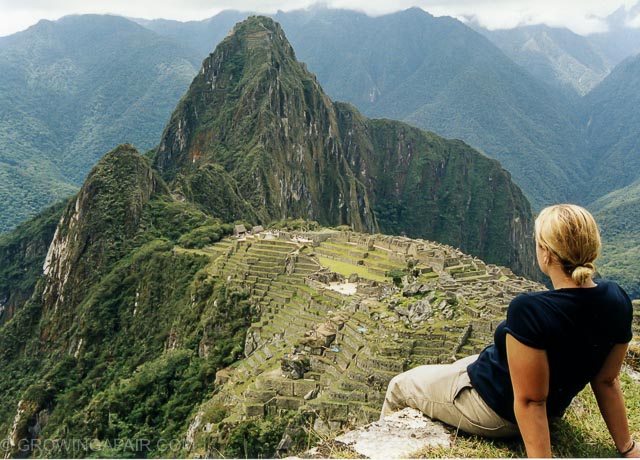 Having kids is the biggest adventure imaginable, but we never stopped thinking about travelling.  It was always at the back of our minds, like an itch that needed to be scratched.  However, we thought we’d have to wait before we could think about taking the kids adventuring (Wrong, BTW.  Do it now!).  We hatched a plan and started saving to allow us to make the most of the eight years that we probably had with the kids before they became too stroppy and teenager-like to want to go on holiday with their ageing parents.  The “rules” said that we’d have to fit in around school holidays.  Only eight years.  Only eight countries.  If only there was an alternative.

Once the kids were seven and nine, the time had come to break open the piggy bank, grab a backpack each and start living our dream, slice by two week slice.  So two weeks travelling around Thailand it was!  Exploring the sweaty insanity of Bangkok, eating street food, and surviving the traffic.  Travelling on a sleeper train up to Chiang Mai to talk to monks, cycling between the wats and living in an elephant sanctuary.  Finally a train, a plane, a taxi and some ferries got us down to the beautiful island of Ko Lanta for a week of amazing food, unbelievable beaches, snorkelling and exploring. 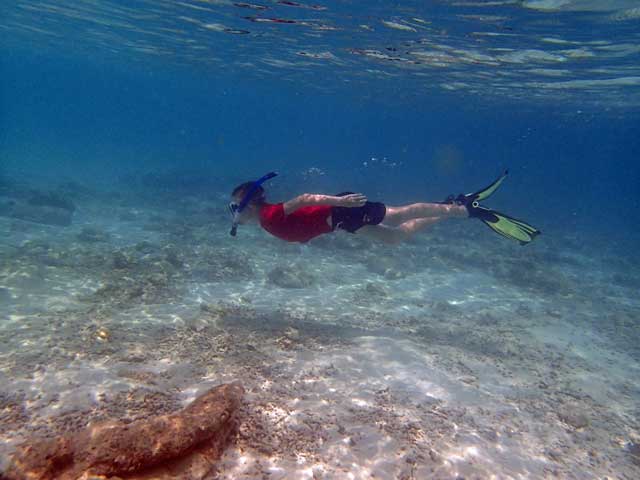 Sam snorkelling off the beautiful island of Ko Rok 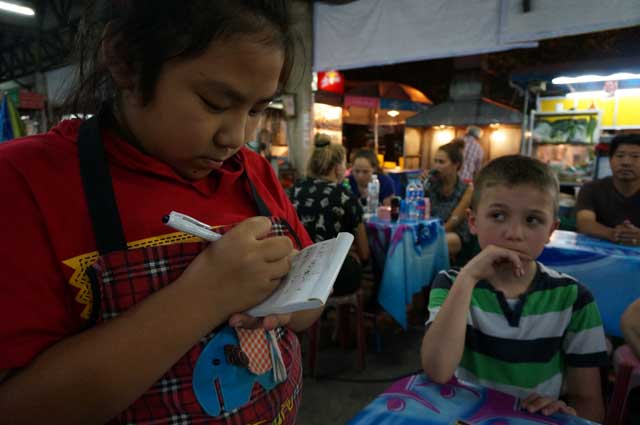 …which got us thinking…

Maybe we don’t have to do this slice by slice.

Maybe there is another way.

Maybe, just maybe, we could show the kids more than eight countries…. 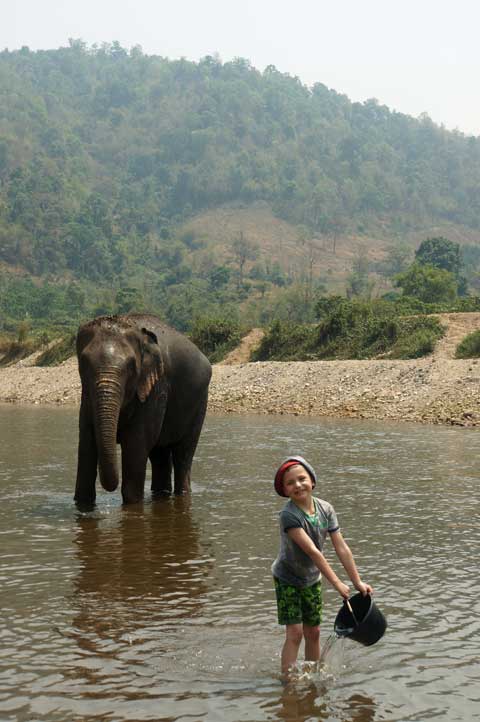 We started working on a plan for a six month adventure, squeezing the seven remaining countries into a “once in a lifetime” adventure.  It soon became apparent that six months wasn’t going to be enough.  Six months became seven months.  Seven months became nine months.  And if we’re away for nine months, we might as well be away for a year.  It was the best “buy one get one free” offer we’d ever invented.

As the plans expanded, so did the budget.  We saved every penny we could find.  We sold what we didn’t need and relentlessly decluttered the house.  This felt good!  Every eBay sale was a step closer to paying for the airfare.  Every car-full of rubbish that we got rid of was another day closer to being able to rent the house out.  The weekends were filled with DIY and preparing the house.  The evenings were spent studying the National Curriculum and figuring out how to be homeschoolers.

Before we really had time to think about it, it was September 2015 and time for the really big things.  The car was sold.  Dez quit his job.  Floss started a year of unpaid leave.  We de-registered the kids from school.  And just five months after Nepal’s devastating earthquake we climbed aboard a one-way flight to Kathmandu. 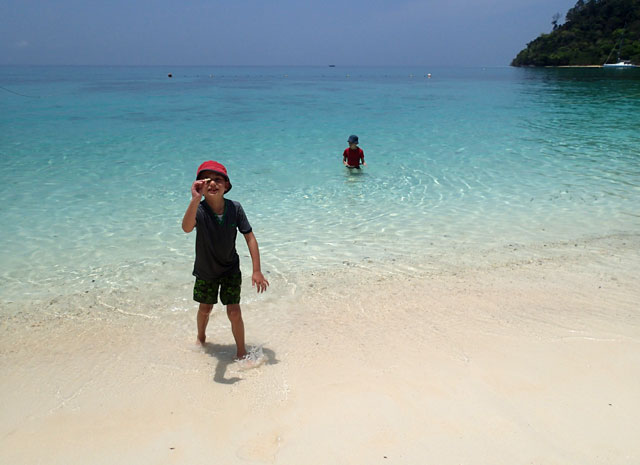 The story of our year backpacking through Asia and Australia with our children is here, on this website. It’s a bit higgledy-piggledy. It’s mostly written for family and friends.

We created the Growing a Pair Travel Blog for several reasons: as a journal of our year away, as a homeschooling exercise to encourage Sam and Evan write stuff down (check out their Smug Monday posts), and for our friends and family to follow us around on our journey.  Our 2003 pre-kids travel blog was very popular with our friends, although I fear that may have been mostly due to the ‘Poo Diary’ and ‘Arses Around the World’ sections.

You can find a round-up of where we went on our first family travel adventure here (link to be added – check back next…erm…year). We’re hoping we can help to inspire other families to step away from their usual lives for a while and explore the world with their children. Childhood is too short. We only get to spend a few years with these amazing, funny, special little people. We don’t want to waste that precious time sitting in an office or a classroom. There’s so much to see, so much to learn, so much to experience.

Check out some of our favourite backpacking posts.

What now? The next adventure – Sailing round the world!

When we returned home to the UK after a year travelling with our kids, we couldn’t settle.  We had been discussing ways to carry on with our adventures while we were backpacking in Asia and came up with a ridiculous idea to live and travel on a boat.  So in 2017, we bought a sailing boat and called her Fat Susan!  That was a pretty big adventure in itself!  After fixing up the boat and learning to sail, we left the UK a year later and sailed across the Bay of Biscay towards Spain on the first step of our sailing around the world adventure.

Almost four years and 22 countries later, we’ve found ourselves in New Zealand  Who knows what will happen next, but whatever it is, the Growing a Pair adventure won’t stop yet. 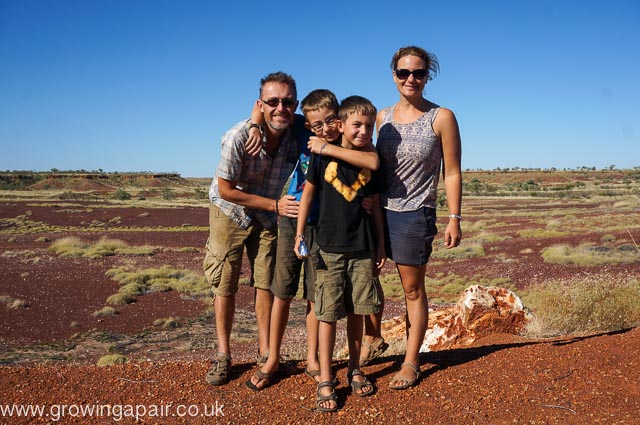 All photos are taken by us, unless credited otherwise.   We’ve got a Facebook page and an Instagram page too.  We’ve also made videos and popped them onto YouTube.