Volunteering comes to an end – The Smug Monday Series, Ep. 3

Today we finished our volunteering.  The family said goodbye by blessing us with tika and a marigold.  This is an ancient, hindu ritual. 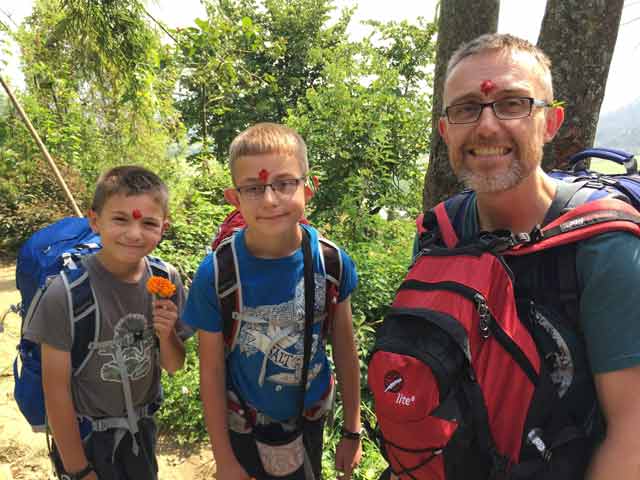 For the last two weeks we have been volunteering at a school and living with a local family in the Kathmandu valley.  The school was MANIC!!  The students were really exited to see us and they kept asking us questions.  By the end of the week we were sure we had told them all our names.  We were teaching three to five year olds that spoke no English which was a walk in the park (not) because the classroom had less resources than anticipated.  We did a lot of head, shoulders, knees and toes, alphabet and colouring.  We said ramro (good) and bosnoos (sit down) a lot, and I mean a lot.  Neither had much affect as the children ignored us.  Overall I don’t think we helped much but we had fun all the same.

While we were volunteering we lived with the Shiva Dai family who were lovely to live with and also very kind.  They called us sanubai murica and tolubai murica which means little brother idiot and big brother idiot.  Because we were in a transitional home we ate on the kitchen floor eating dhal baat which was yummy as pie. 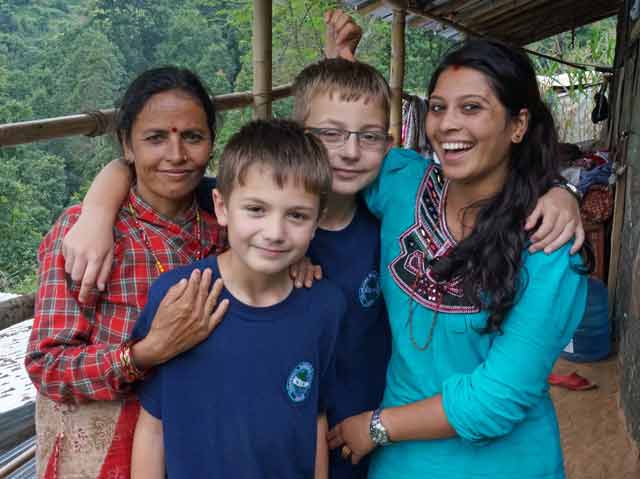 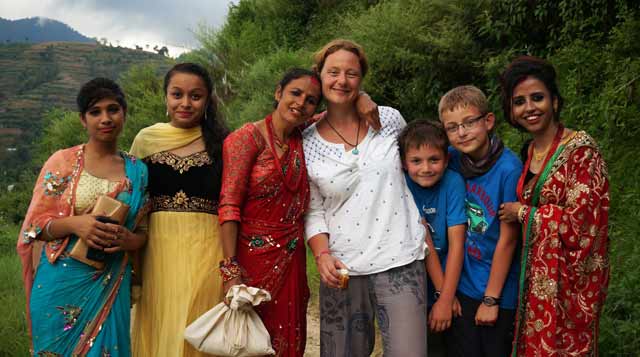 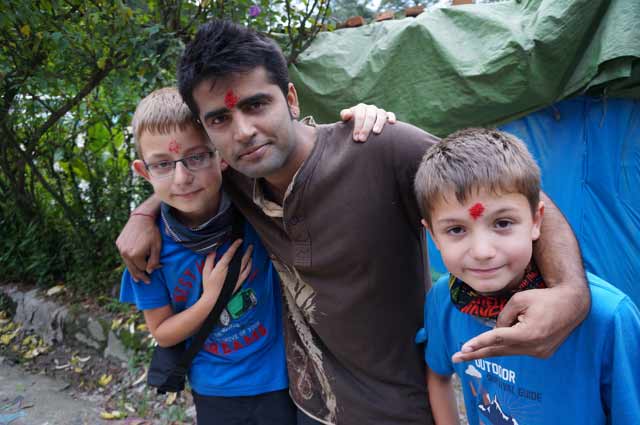 Our transitional home was made of corrugated iron and had two rooms.  A bed room and a front room.  Most things we, did in the front room but the bedroom was used too.  We all slept in two double beds with mosquito nets over us and a friendly rodent in the other room.  We call it the FOOSA and it had a large bum and a small pointy nose.  Once it got stuck in the rubbish bag and my dad threw it outside and it landed with a squeak.  To go to the loo you had to climb some rickety steps, be attacked by a plant and cross an unstable bridge and then the loo was a traditional squatter!  Next to the loo there was a shower that only did cold water and only worked when the monkeys hadn’t broken the pipe.  Badda murica chha (monkeys are idiots). 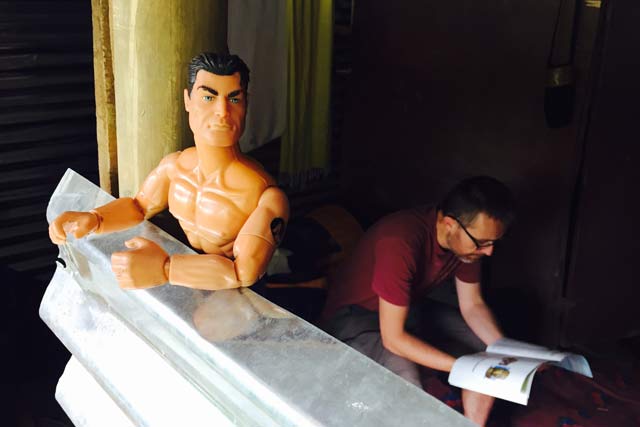 We’re really going to miss the family and especially Muni the baby goat.  We will get a pet goat when we get back because our friend’s mum is already looking into it. 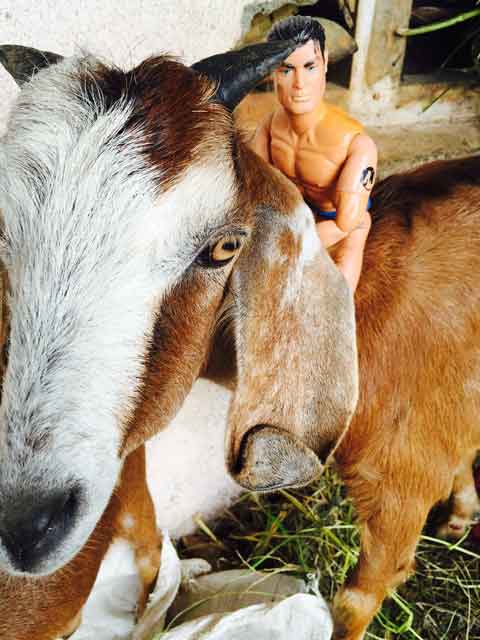 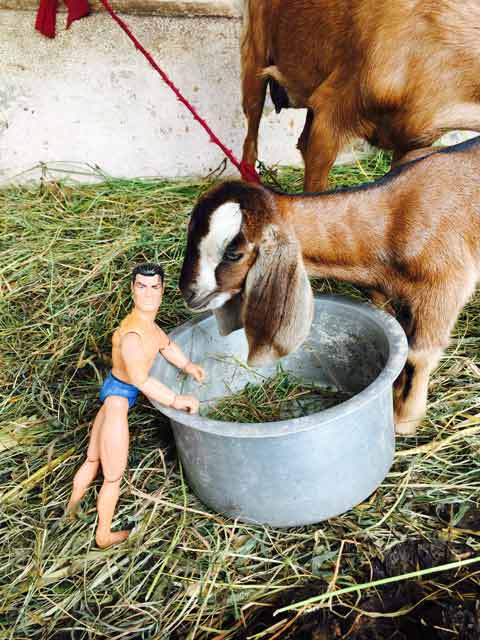 3 Comments on “Volunteering comes to an end – The Smug Monday Series, Ep. 3”