We woke up to a wonderful sunny day, then scrambled into our clothes and joined four other people on a songtaew (red pickup truck taxi) for a lovely day of snorkelling. When we arrived at the pier, we stopped and had to waddle, because of the heat, down to our boat. We boarded by walking down a wooden ramp and over the railing. Breakfast was bordering on rotten but it was still too rammy o’clock to eat. Actually it was sooooo rammy I did not eat any. I was sat at the front with Uncle Adam trying to spot flying fishes and imagining what the snorkelling would be like. When we looked behind us we saw three islands that looked as if they had been placed one on top of the other like steps.

When I had sorted out my flippers and got my mask ready, I jumped into the water and was amazed by the amount of fish waiting to be fed. Uncle Adam tried to swim into a little cave, but almost instantly got shoved out of the way and told “No!” by one of the people from the other boats. I only duck dived down to where I could I see the spikes of the spiny sea urchins and I knew that I wasn’t going to get stung. When I dived down I could see some banner fish, and some baby parrot fish nibbling at some dead coral. 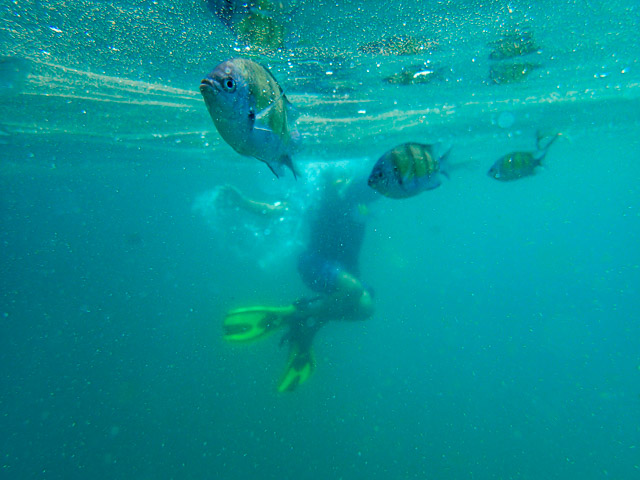 When we got in at the next site, I swam over to a deserted section, where no other tourists could be seen. It was lucky that I went over there because I saw loads of fish that would have been scared away by all of the other tourists, such as squirrel fish and loads and loads of baby sardine looking things. Here, it was just a mass of colour due to all the coral and the sand. Uncle Adam the Meanie brought in some bread with him which he threw at other people so that they would get bitten by the fish instead of him. 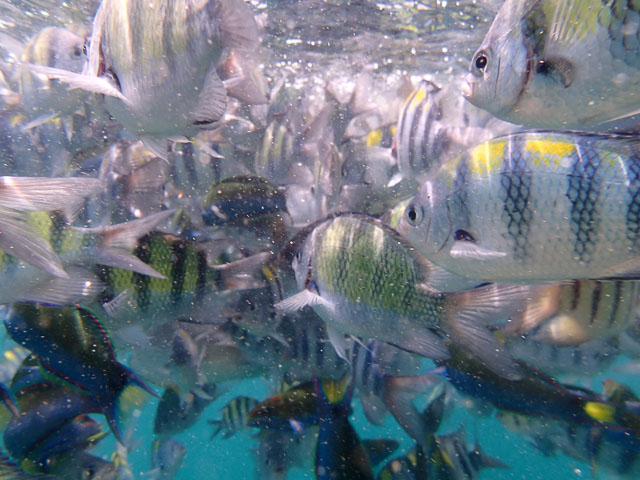 These fish like bread, especially when it’s thrown at Evan’s head

Then we went to the Emerald Cave of Doom. I would have preferred it if this cave was actually made of emeralds, but its only called the emerald cave because of the colour of the light coming through the water. What happened was that for all the people that couldn’t swim, they had to hold onto each other’s shoulders whilst being dragged through the cave by a man with a light on his head. We stopped half way through the cave to look at some bats. My mum kept saying “If you’re looking up at the bats, keep your mouth shut!” because they drop poo on us, a lot. We kept on swimming by the light of a torch until we came to some more emerald light. When we got out of the cave, we were actually stunned by what we saw. A busy little what looked like a meteor hole in the middle of a mountain, with it’s own little beach and fish. What felt like only five minutes later, we got ushered out of the meteor hole by our guide again, and we swam back to the safety of the boat through the dark cave. 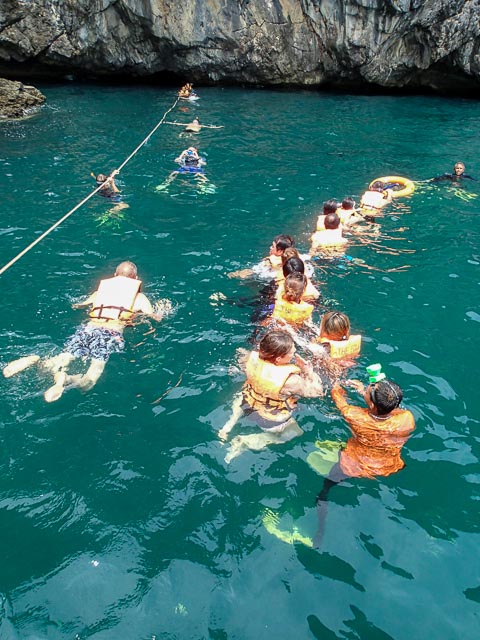 This is how everybody else got into the Emerald Cave 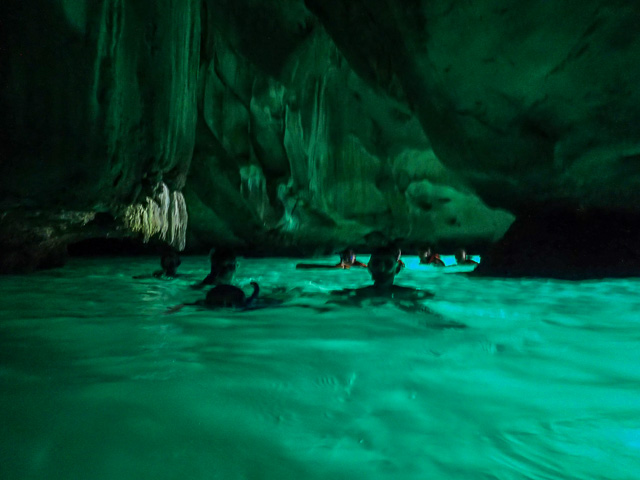 Amazing emerald light in the cave 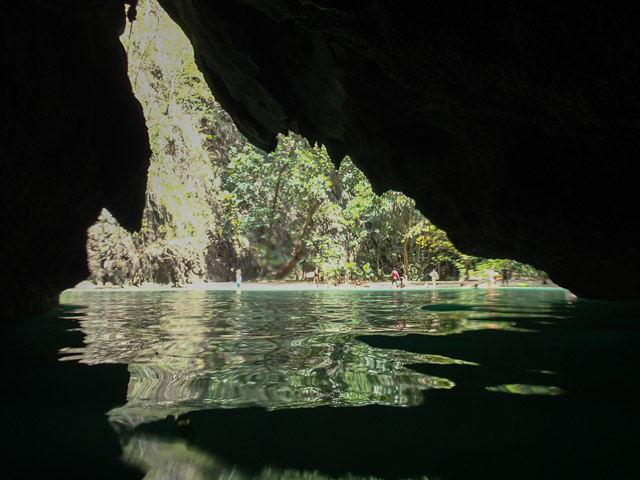 This way to the hidden paradise beach

After that, we went to another stone pier which had a very nice empty resort attached to it. I found a broken Samsung phone pen, and then went for a swim. All there was in the water was 0% fish and 50% rock and 50% sand. After what felt like another five minutes, but my parents said was actually an hour, we got back on the boat and motored off to dry land. 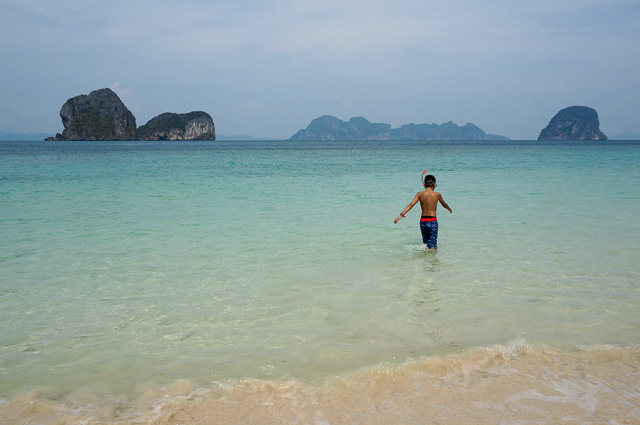 Altogether, the day was brilliant, fantastic, amazing and awesome. Granny managed to do some snorkelling at the first two sites. I thought that it was amazing as I’ve never known someone aged 71 to go snorkelling with fishes in that quantity. Her bravery levels shot up from 50% to round about 90%. Even though the boat wasn’t constructed for people with a wobbly hip, Nanna did really well getting up and down the steep ladders and across the walkways. I liked the Emerald Cave and the second snorkelling site the most.

Limestone formations in the Emerald Cave