Evan’s Fabulous Cookie Recipe.  He Definitely Didn’t Get It Off The Internet

DISCLAIMER; This recipe has been tested and modified extensively before I came to this recipe.  Well, it had a little bit of modification anyway….

These cookies taste really good. I would definitely recommend you make them. You can make them go ‘cronch’ or you can cook them a little less and have some slightly chewy ones. Cookies were first invented on November 10th, 1969 as a prop to be used in a new children’s show called Sesame Street. They had a character whose only defining feature up to that point was that he was blue. They decided to invent something that would make him stand out.

The ingredients are as follows.

Put the flour, baking soda, baking powder and salt into a mixing bowl and combine with a wooden spoon.

Put the butter and sugar into another mixing bowl and cream them together.

Once the butter and sugar have been mixed together, blend both mixtures together. At this point you can add any extra ingredients you might want to add.

You might want to turn your oven on now. Preheat it to 190 degrees.

Then, line 1 or 2 baking trays with greaseproof paper and put 1 TBSP of dough for each cookie that you want to make.

Leave them in the oven until the edges just start to turn golden, this should take about 10-15 minutes.

Once cooked leave until cool a little bit before consuming all of them. 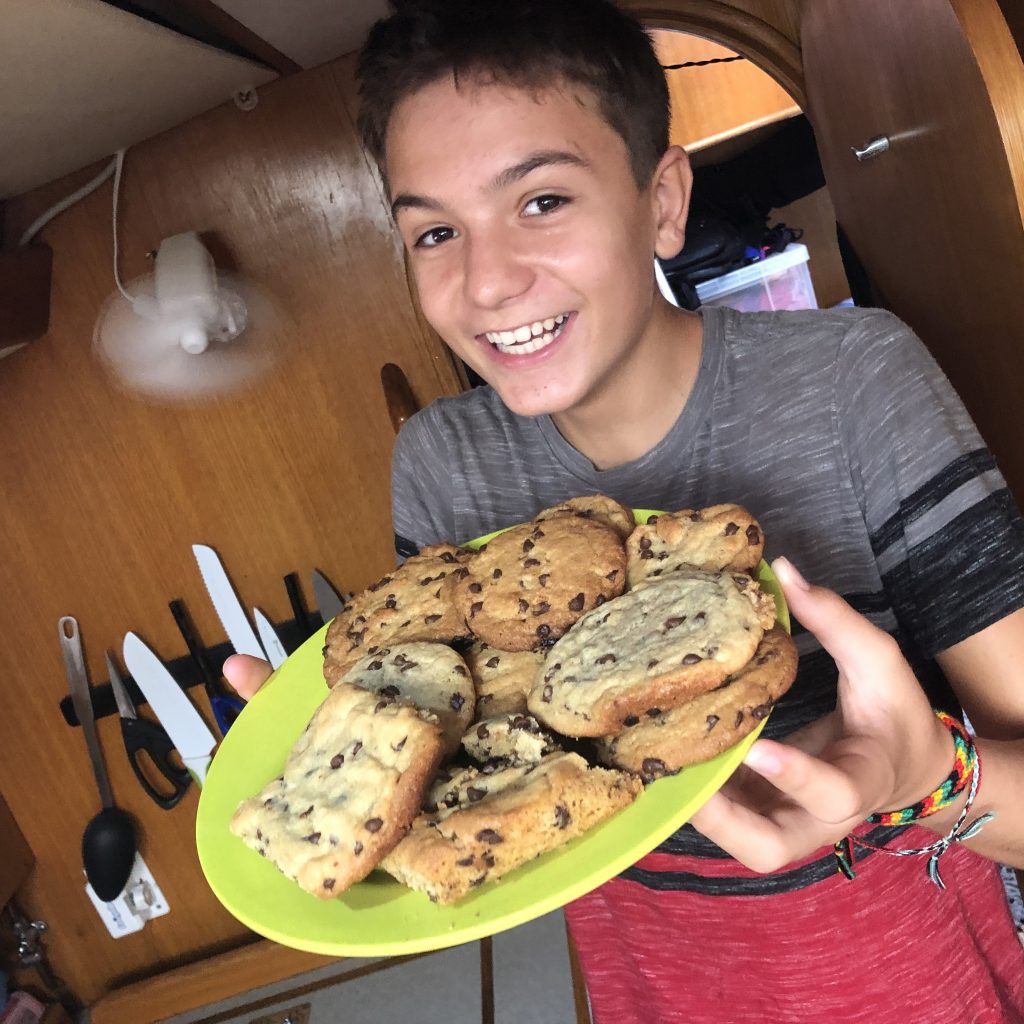 ← A slow sail from the Marquesas islands to the Tuamotu atolls – Drifting with the current in French Polynesia
Escaping Panama, Sailing the Pacific to French Polynesia – Fat Susan’s Ocean Blog →