Seven weeks at sea and we’ve actually Grown a Pair!

It has been forty-eight days since we left Port Solent in the UK and headed out into the unknown. We didn’t have anything that could possibly constitute a plan. Tenerife in the Canary Islands was more of a vague, aspirational target than anything else. A place that seemed both so close (just four hours by plane) and yet so inconceivably far away that I couldn’t in all honesty ever imagine us getting there. Falmouth felt difficult. Spain seemed unlikely. Portugal would probably be enough. But yesterday, I flew out from the Algarve quite cross that I had to return to London for work instead of embarking on the four day crossing to the Canaries. 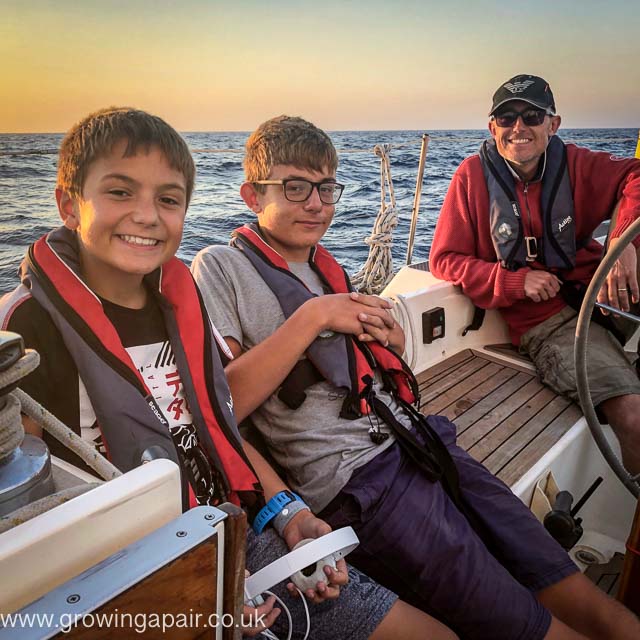 Enjoying the sailing with the boys.

We’ve grown up as sailors. We’ve put the ‘big boy’ headsail back on. We’d previously dumped the full headsail in the garage as it was too big, too heavy, too hard to tack with our staysail in the way and too bloody frightening. We’d spent the last few months with the Number 2 Yankee as our headsail, struggling to make any way in anything less than 12 knots of wind. Consequently, we’ve spent an awful lot of money on fuel. 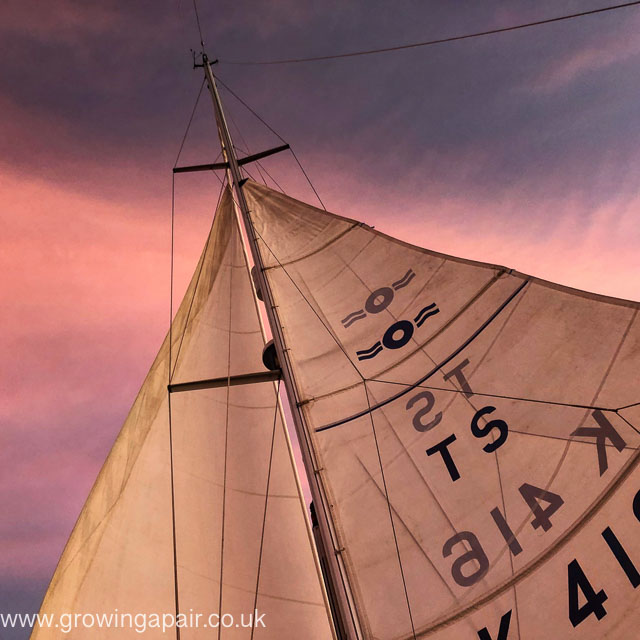 But with every day that we’ve been away, our confidence in ourselves has increased and we’ve been willing to try things that were frankly inconceivable four weeks ago. We’re finally trusting ourselves to get the poles out and get properly rigged for downwind sailing. The kids have dropped the mainsail in 35 knot winds blowing over a flood tide running at 6 knots whilst Sian manned the helm and I sat on a phone conference.

Instead of feeling relieved that there’s no wind and motoring is the only option, I’ve become frustrated. Don’t get me wrong, rounding Cape St Vincent into the Algarve in Portugal and having to motor the last twenty miles in flat calm waters was stunning.  With Susan at the helm it gave us plenty of time to muck about having a water pistol fight with the boys. But I wanted to do it under sail. And that’s a desire I’ve never felt before. 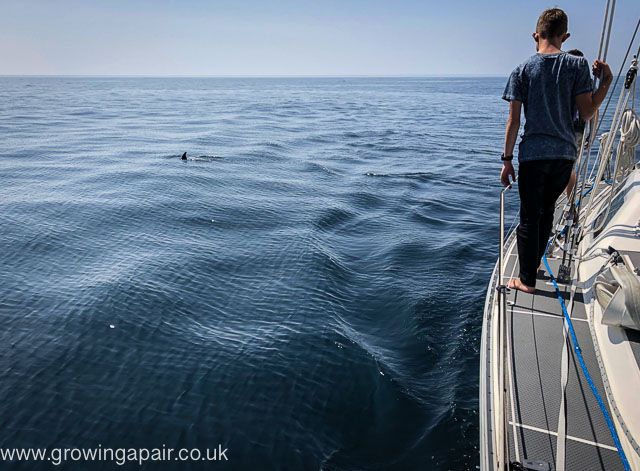 It turns out that Portugal isn’t enough. It’s the Canaries that I want to get to. And after that, I need to get across the Atlantic. I would never have expected that to happen 48 days ago.

Love Spain. Love the Algarve. Looking forward to the Canaries.

← Sailing South – the Atlantic Coast of Spain and Portugal
Thoughts from a boat – Looking back, looking forward →

One Comment on “Seven weeks at sea and we’ve actually Grown a Pair!”