This is our first Smug Monday Adventure.  Today has been a two adventure day.

Adventure one – Garden of Dreams

The Garden of Dreams is a lovely place. It was started by Kaiser Rama in the 1920s with money won from his dad, who was the Prime Minister, in a game of cards. In its prime, it had six pavilions, dedicated to the six Nepalese seasons. It was neglected and left to the forces of nature after Kaiser died in 1964, and the garden was given to the Nepalese government. Reopened in 2006 after the Austrian government granted the money for the restoration, it is now a peaceful, white sanctuary from the manic-ness of the Nepalese roads.

Whilst having a drink, we saw a member of the Deadly 60 – the Praying Mantis – which invented a new fashion – wobble walking to make itself look like a leaf blowing in the wind to avoid being eaten by birds. We also attempted to create a map of part of the gardens. It is almost complete. 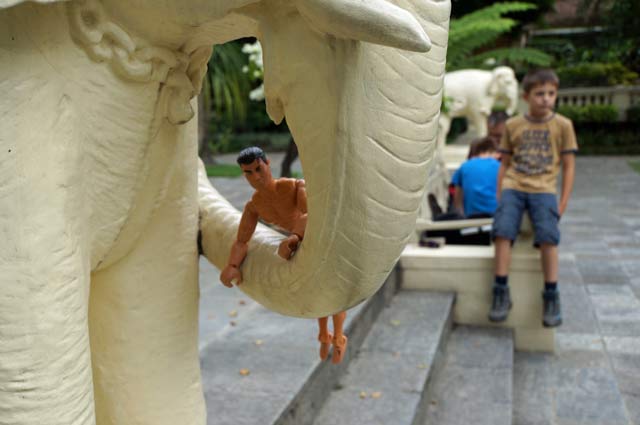 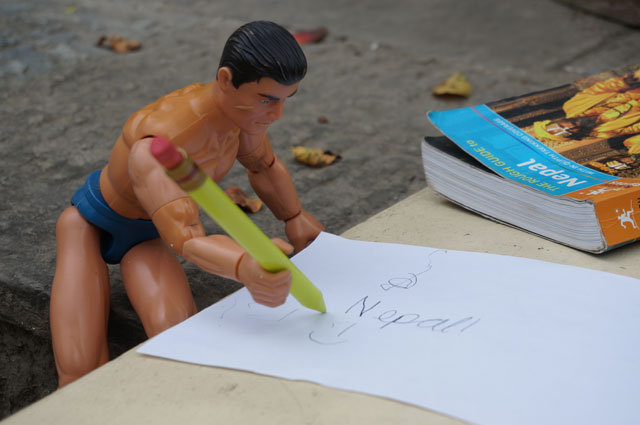 Then we walked for a very, very long time before finally catching a taxi to Bouddhanath temple, the biggest stupa in Asia. We walked past the old royal palace and saw a bomb disposal team with a gun, because obviously, shooting a bomb is the best way to dispose of it!

On the way we had some deliciously awesome buff MoMos. They look like a bladder of some sort, they’re squidy on the outside, and hard on the inside. The outside is floppy and squishy in your mouth, the inside is hard and gritty like a meaty sausage. Buff is buffalo meat, none of us have ever eaten buffalo before. Evan loved them, and ate three. Sam found them too squishy, and not really his thing. They’re steamed, Sam might prefer them fried. There was water available on the table, but we didn’t trust it. We had coke and fanta instead. 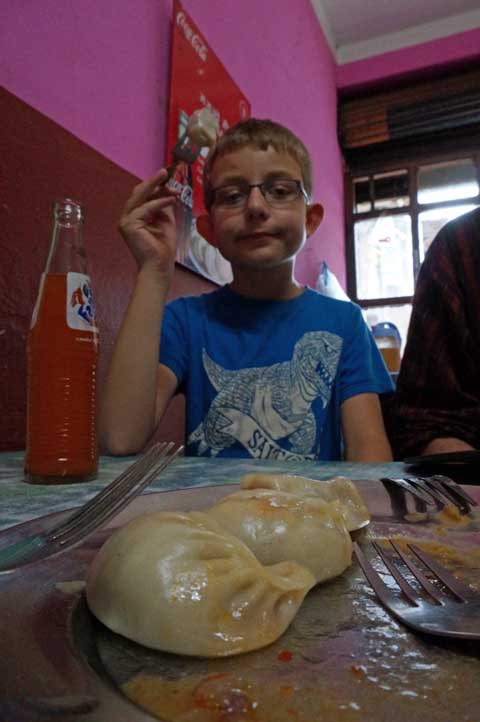 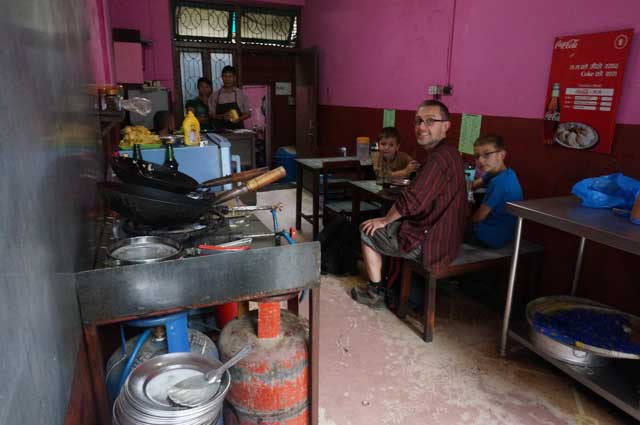 We walked for what felt like a lifetime, but when the traffic was getting too mad, we managed to flag down a taxi. He was the maddest, but the best taxi driver we’ve ever had. Sadly, Health and Safety Sam didn’t get a photo, because it would have been worthy of a page in its own.

We expected a huge golden temple with the eyes of Buddha emblazoned on its sides, however, what we got was little bit different. Now it’s got bamboo scaffolding which is frankly unsafe and you can’t seen any of the golden parts. Instead half of the temple has been destroyed in the earthquake, and they were covering the half that wasn’t destroyed in scaffolding. It was frankly a disappointment, but we went at the right time to see a ton of monks going in massive herds, some of whom looked as young as four, maybe. 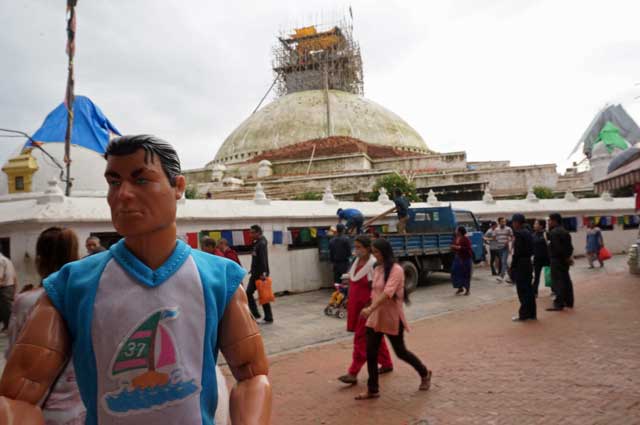 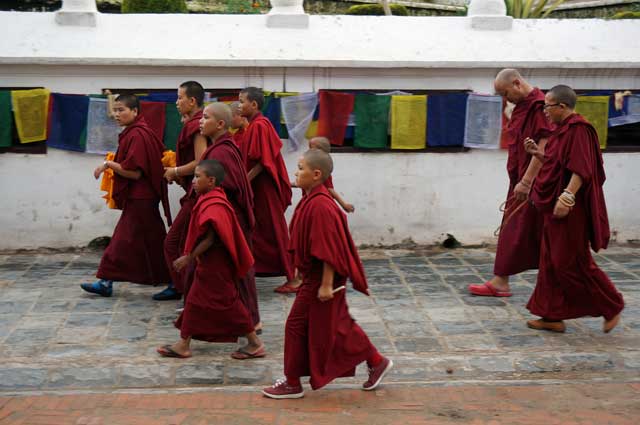 Then we went to a lovely café that we got a yummy dhal bat thali that had certain parts that were very spicy. After that Evan got some oatmeal cookies that were as yummy as pie.

We got slightly lost and had to deploy GPS to get our way back to civilisation. Then, we got another manic taxi drive to Thamel where we went to an Irish pub and Mummy and Daddy discovered a new beer – Gorkha.

Overall it has been an awesome, manic, epic, food day of discovery.

Dictated By Sam and Evan, typed by Dez.